What My Mother Taught Me about Aging Gracefully 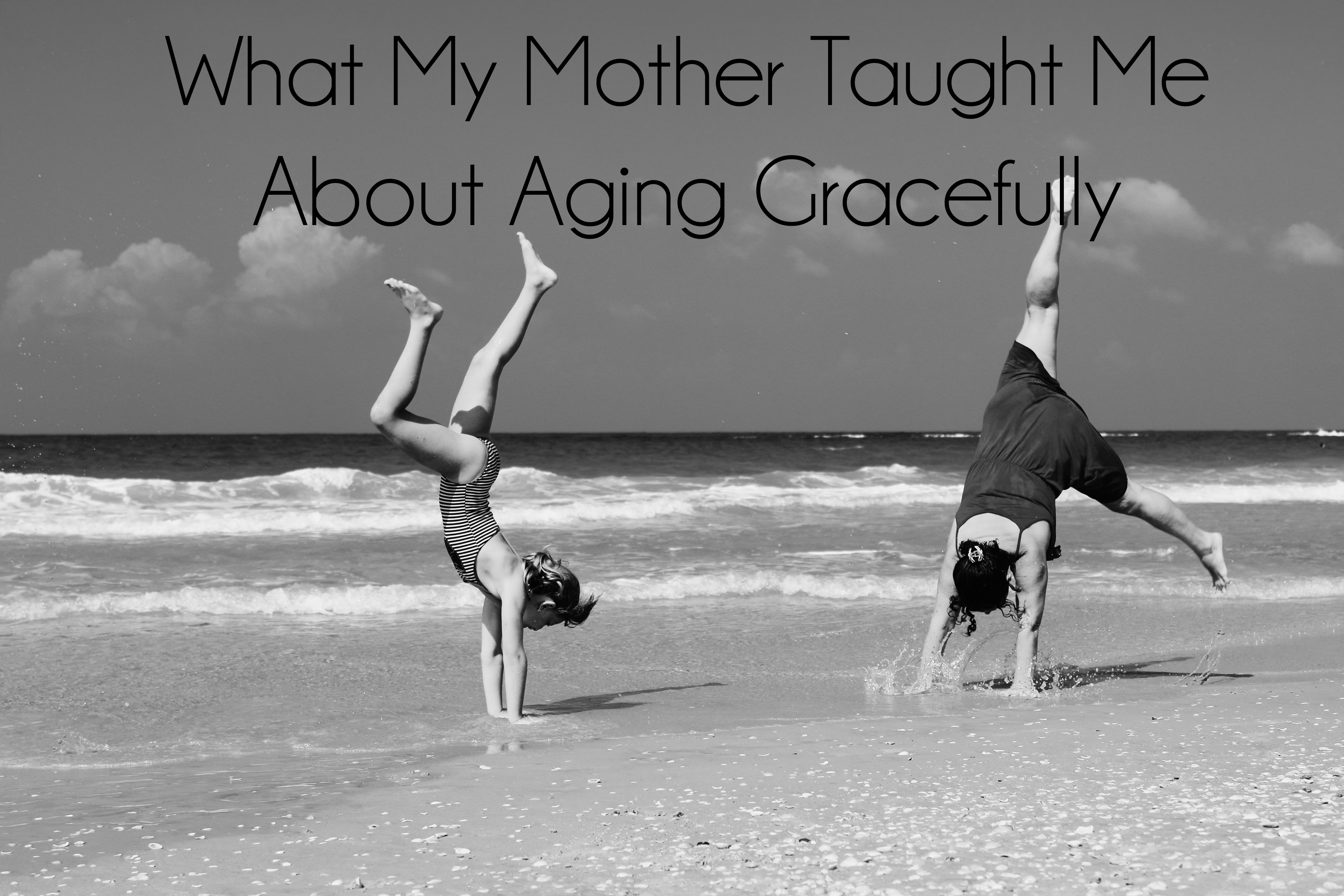 There is often such a fine line between looking young and trying too hard to be young. We often see celebrities with cartoonish plastic surgery, or women who have lost the ability to express emotion with their faces. The media lingo for women who are over 40 can often be confusing. Not looking your age is said to be a compliment while looking like your trying to be twenty again is the upmost insult. Mature women are expected to be old while at the same time maintaining impossible youth, straddling this line between aging well and appearing that you are TRYING to age well.

Women like Jane Fonda age gracefully right? They look young without looking too young, dress appropriately, have their hair expertly colored. You couldn’t even tell they have had plastic surgery. But then again, they have teams of people catering to them, making sure they look the best possible. How on earth are we to keep up?

My mother always wore red lipstick, no matter what. She was the type to always have her hair perfectly done, her clothes matching her nail polish. She was obsessed with healthy eating and never once left the house without some form of a high heel. You would think a woman like this would be sitting in that plastic surgeons office the second one line appeared, but it simply didn’t happen. My mother turned 40, and had the number on her cake. My mother was asked her age, and she said it as if the number were twenty-five. I was fairly young at this point, so I didn’t think much of this, why were her friends giggling when she freely admitted she was over a certain age? I resolved that it was just a joke I did not understand.

When my mother turned 50 , we purchased a set of candles that, instead of revealing her age said “don’t ask”. She laughed, and so did everyone in the room, given that most of her friends had just celebrated their fourth forty-fifth birthdays. But, after all the cake was cut and gone, she approached me, sat me down and said, “sweety, never be ashamed of getting older, the alternative is not being here at all”.

To me, as a mother of three, aging gracefully means just that, not lamenting or mourning the loss of my youth. I do believe that women as they age should take care of themselves, don't get me wrong, but I see it as a privilege rather than something to be unhappy about. I think that we focus too much on what we have lost, rather than the beauty that presents itself as we age.

I for one, do not want to go back to the insecure twenty-year-old who had no idea what she was doing with her life. I would not want to let go of knowing exactly who I am, or being able to say that I have accumulated more knowledge that I ever have. I would certainly not want to revert back to when I hadn’t found the perfect mascara or figured out that white pants will never, ever work for me.

The key then, to aging gracefully is, in actuality, to do it with grace. . Yes of course, take care of yourself, exercise, treat your skin kindly, but let go of the notion that if you only try hard enough you will look like a twenty-year earlier versions of yourself. It has very little to do with trying to keep up with a younger generation, because we are in a different league. We have the ability and the intelligence that they wish they had, and have built lives for ourselves that we should be proud of. Above all else, we have the ability to call bullshit on what is beautiful at any age.